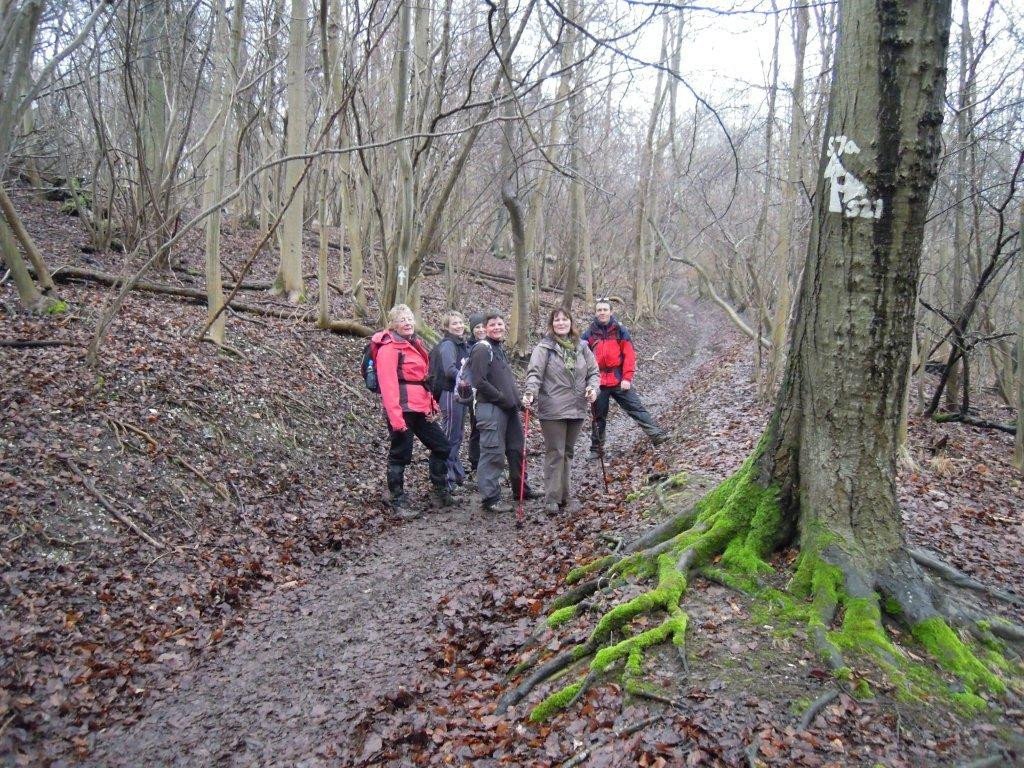 We head out into the Chiltern hills on an 11 mile stroll between the fascinating historical small town of West Wycombe, the unspoilt village of Bradenham and the magnificent estate of Hughenden Manor.

£7 will go towards running the event and the remainder of your sign up fee will go to the charity.

Pace provides education and therapy support for children aged 0-18 with a wide range of neurodisabilities. To learn visit: https://thepacecentre.org/

The walk begins from the top of this imposing hill, with fantastic views all around. Once the site of an Iron Age settlement and a thriving hilltop village for centuries, its 55 acres of rare chalk grassland are now looked after by the National Trust, designated as an Area of Outstanding Natural Beauty. Medieval Church visible from miles around with it's golden ball standing high on the hill and a very large free car park for our meeting place.

Beneath the hill are 230m of man-made chalk and flint caves. Excavated between 1748 and 1752 for Francis Dashwood, the 11th Baron le Despencer, who was co-founder of the infamous Hell Fire Clubs, who met in the caves and have been a tourist attraction since 1863.

The Hell Fire Clubs were exclusively for the high society, rumoured to be the meeting places of "persons of quality", who wished to partake in immoral acts - often politicians.

The Clumps of Naphill Common

Country home of the Prime Minister, Benjamin Disraeli, the Queen's favourite. Also home of a secret map making operation during the 2nd World War. Codenamed the "Hillside Manor", it played a significant role in shaping the war's outcome.

Submit your email address below to receive reminders and information on walks we have coming up.

Join us for a hike in beautiful places like the Brecon Beacons, Cotswolds, Malverns, Chilterns, Peak District and Oxford. The perfect way to start your training for a challenge like a The National 3 Peaks or simply to get out into the countryside, while being sociable.